In 1997, on a tour of Rajasthan with my wife, we stopped for lunch at a hotel near the Jain temples at Ranakpur. There we met a boy named Lajpal. Little did I know then that this chance encounter would drastically change my knowledge and understanding of his fabulous country.

The first blog which featured this boy - now a married man and known to me by his familiar name of Pintu - was in 2005 (Life is like an ice-cream! explains all). I’ve returned to India several times since and, on each occasion, have been introduced to more and more of his family – so much so that it’s almost as if I’ve become an honorary member of it. They are all so kind, considerate and welcoming. Their thoughtfulness and generosity are humbling and often quite overwhelming.

The hotel at which we lunched in 1997 was the Maharani Bagh Orchard Retreat, a small, tranquil hotel in vast grounds that’s owned by the royal family of Jodhpur and managed by Pintu’s uncle Khuman. I’ve stayed here many times and included information in past blogs (most recently in The first ceremony - of many!), so I won’t wax lyrical here about how much I love this place. I always feel so at home here, enjoying the relaxing environment, birdsong, hundreds of mango trees, rustic charm and cheerful people.

I’m always warmly greeted by Bhaver and Pentes (the boys who bash a drum and cymbal to welcome everyone at the hotel entrance), Ganpath (the nightwatchman, who clicks his heels and salutes me whenever he first sees me), Chattar (the head cook, who taught me how to make masala chai in his kitchen on my last visit), the smartly-dressed waiters whose names I’ve never been able to remember and, of course, the man who's become a dear friend, Khuman. 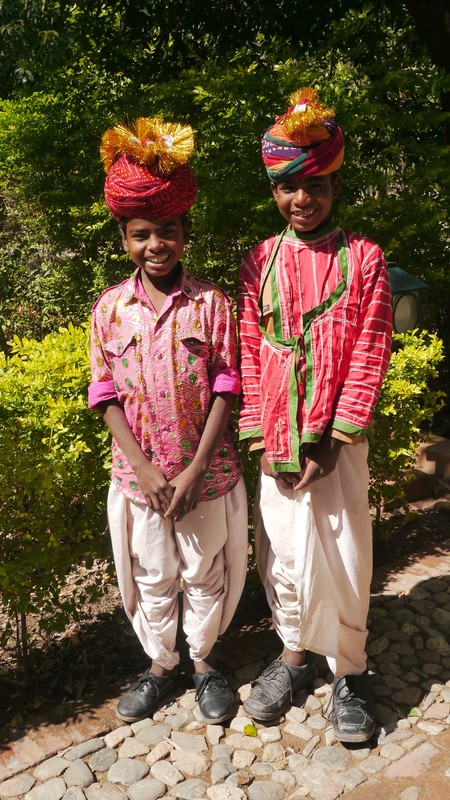 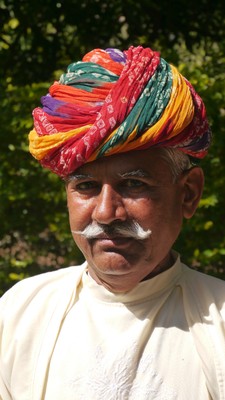 So it was this time, although Khuman was initially only able to welcome us by telephone as he was many miles away attending a relative’s wedding. We were, however, quickly escorted by the head receptionist to our rooms in adjacent bungalows looking out onto the gardens and the bird-feeding station. 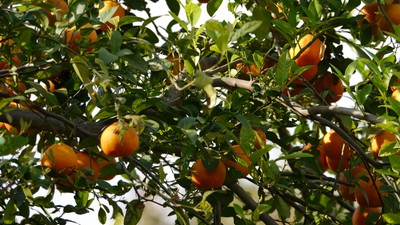 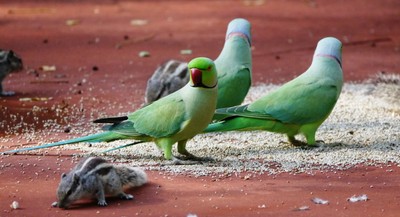 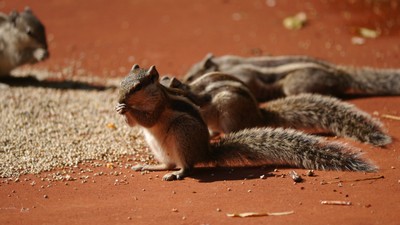 Shortly after, I was able to introduce Janice and David to my young friend Pintu, about whom we’d spoken on so many occasions over the years. I think they were as pleased to meet him as he was delighted to meet them.

A walk through the Maharani Bagh’s gardens to its adjoining orchard and woodland followed. It’s one of the delights awaiting visitors. Janice and David were in their element with their powerful binoculars as we wandered for a few hours, spotting a wide variety of unfamiliar birds, only some of which were large enough for me to photograph. We saw a snake too and, fleetingly, a few deer – oh, and were surprised by a flock of sheep! 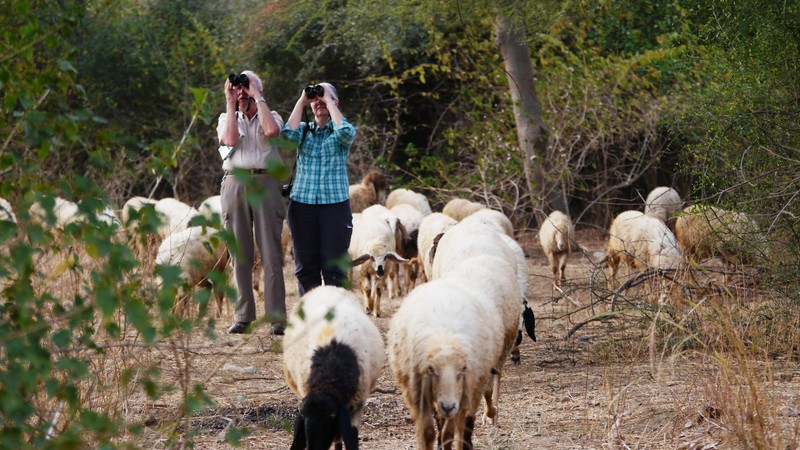 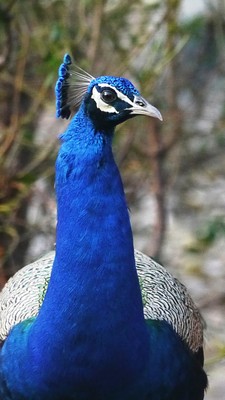 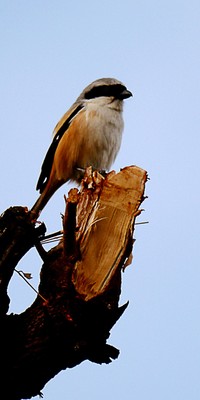 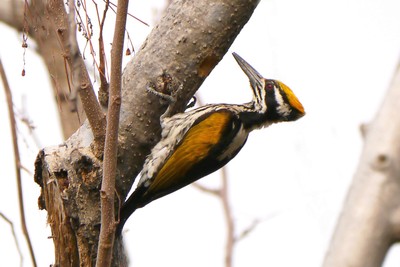 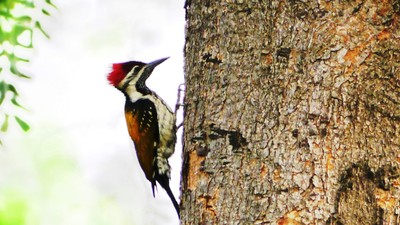 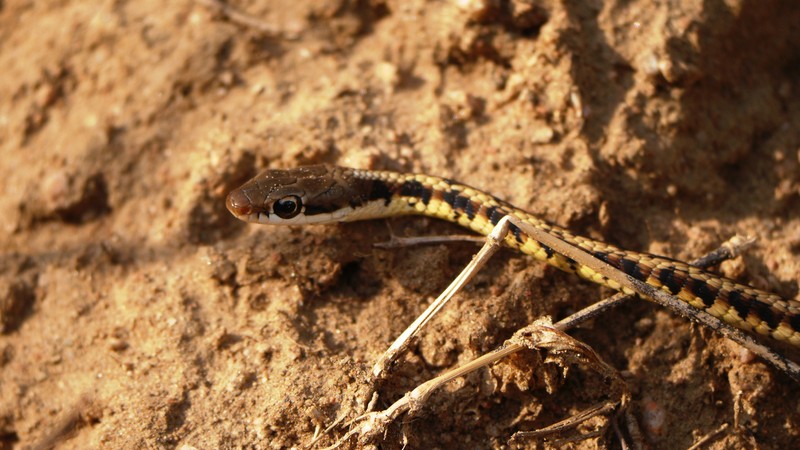 Later, at the home of Pintu’s parents in nearby Sadri, we were greeted in traditional fashion, with flower garlands around our necks and tilaks between our eyes, by his mother Gajendra, his father Ranveer, sister Purnima and his charming but shy wife of almost a year, Rajshree. We enjoyed a special meal prepared and served by the ladies and were given some beautiful gifts specially chosen for us by Pintu; we will all treasure them as a memory of this happy occasion. 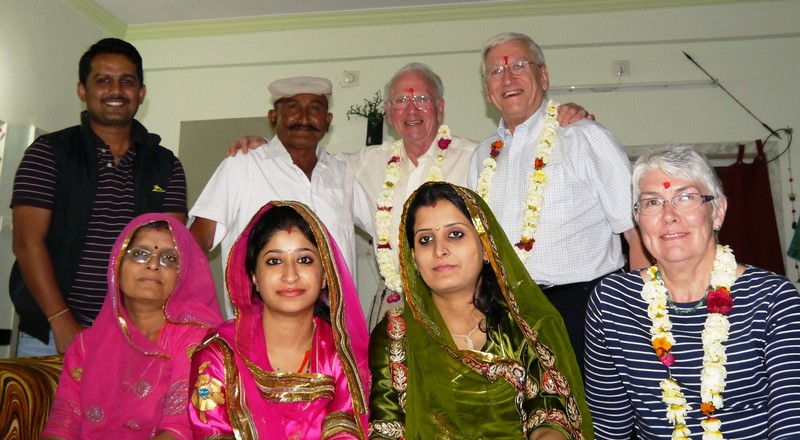 The following day, we spent an hour or two at the nearby Jain temples, with their remarkable white marble columns. Despite the number of visitors, there are always quiet corners here, as well as a hundred photo opportunities. Of course, this wasn’t my first visit to this wedding cake of a temple, but I couldn't resist taking dozens of new pictures. 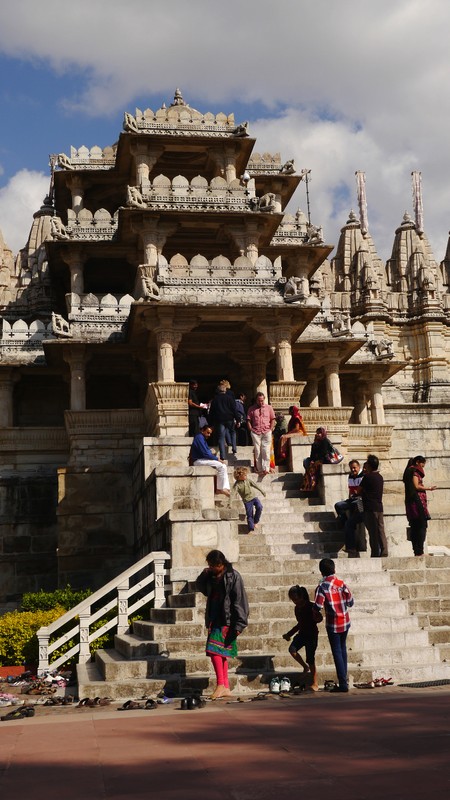 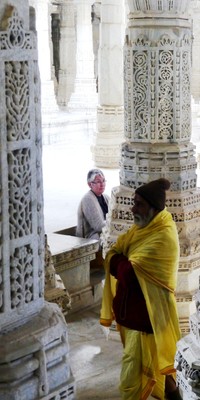 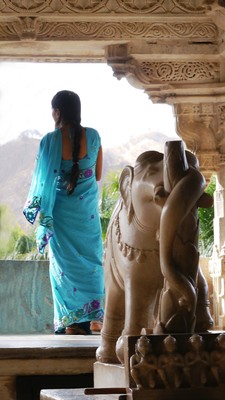 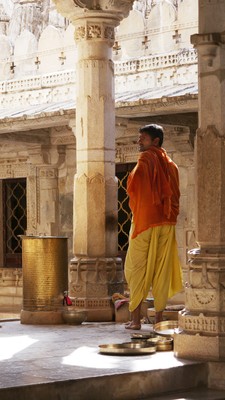 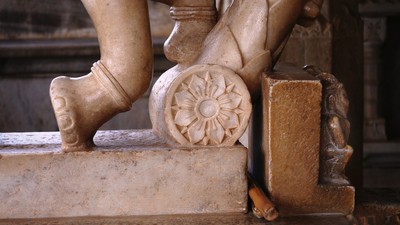 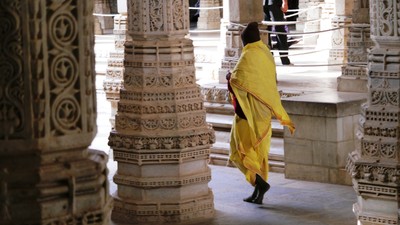 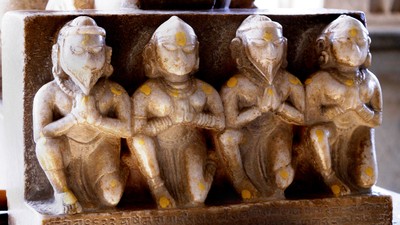 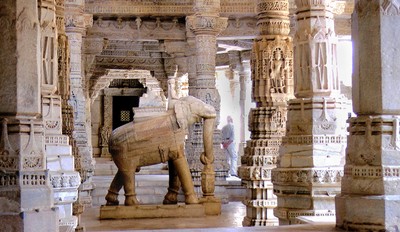 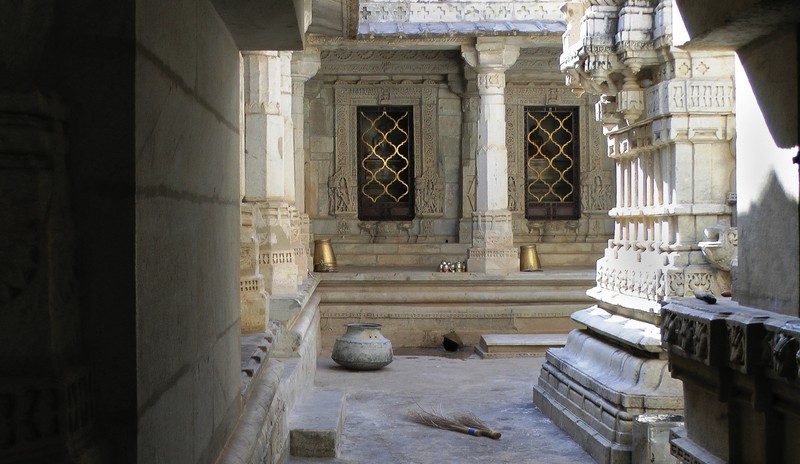 In the evening, we were all invited to join Khuman at the fire-pit outside his quarters in the hotel’s grounds. Here, beneath a star-studded sky, beside a blazing log fire, we met up with Pintu’s family again. This time, it included Khuman’s youngest son, Shibu, with his wife Devendra, to whose marriage last April I’d been invited, but was unable to attend. We had a very enjoyable evening, with drinks, snacks and lots of chat to start, followed late into the night by chicken and special spicy patties cooked to perfection in the hotel’s kitchen by Shibu and Devendra themselves. We were given some more unexpected gifts too; we’ll have to pack these very carefully to ensure they remain unharmed for the rest of our trip. As I said before, the generosity of this delightful family is out of this world.

Our journey the next day, to the city of Jodhpur, would take us through the small town of Gundoj. This is where Khuman, who is a Thakur (a feudal lord), has his home - in a fort! We stopped briefly as I had to acquaint Janice and David with another important member of this charming family: Khuman's wife Sailesh. 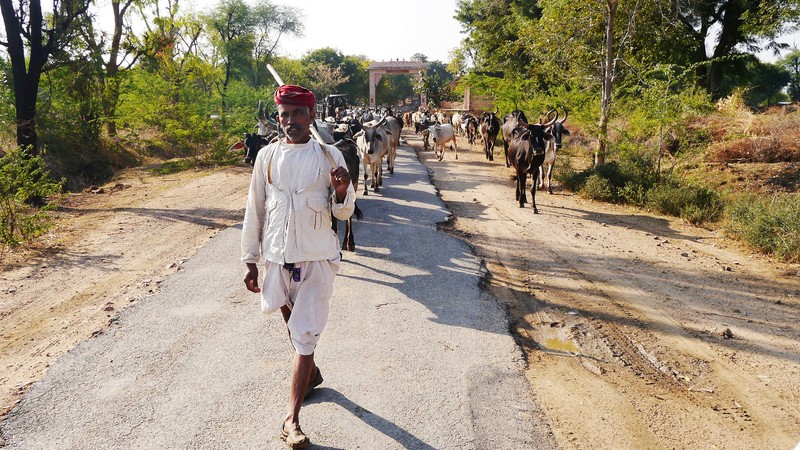 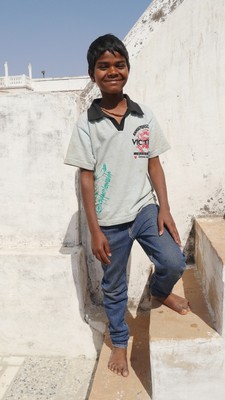 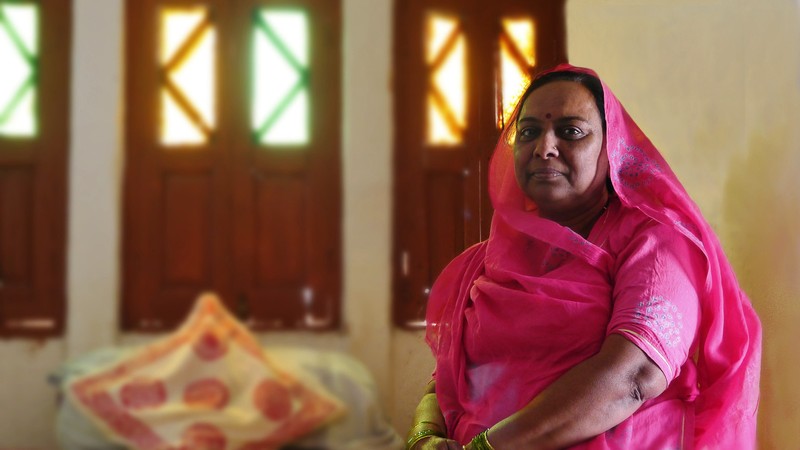 Introductions over, tour of the fort and tea and biscuits kindly provided, photos taken, we then continued on our way...

Accommodation:
Maharani Bagh Orchard Retreat, Ranakpur
Well-equipped and very comfortable bungalows full of rustic charm. A spacious bedroom, incorporating a sitting area with refrigerator, and a verandah with chairs and a view of the garden. No wi-fi, just lots of fresh air. Good buffet-style meals in a covered dining area within the gardens. Outstanding service from friendly staff. Pricey but worth every Rupee.

Ranakpur was one of the highlights for me of our own tour through Rajesthan - good to see it again! And your hotel sounds delightful, both the setting and the people