I didn't spend 35 years in the travel industry to plan a five-week tour of an interesting country that only includes things every other tourist goes there to see, did I?

That's why, when I realised that our journey from Roopangarh to Jaipur would pass within a few miles of the largest salt lake in India and that this was also home to some prolific bird-life, I knew I had to take the 'Grey haired nomads' and their binoculars to see it. Anyway, I was curious to find out how the powdery white stuff I sprinkle on my fish and chips was produced.

So it was that we wound our way along dusty roads, passing occasional herds of goats on the way to their day's grazing, and through villages with little owls dozing in ancient trees, northwards towards Sambhar Lake. 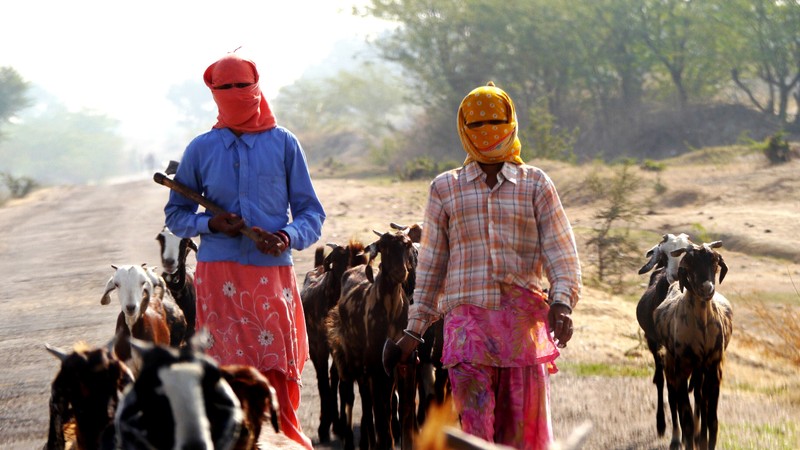 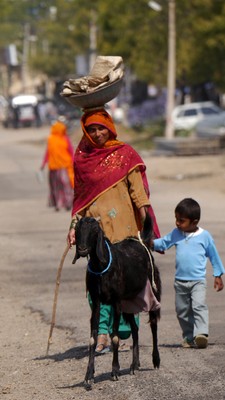 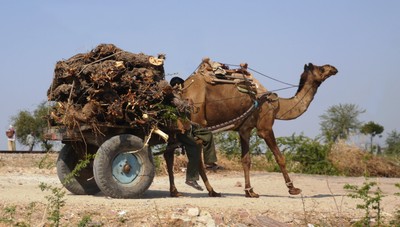 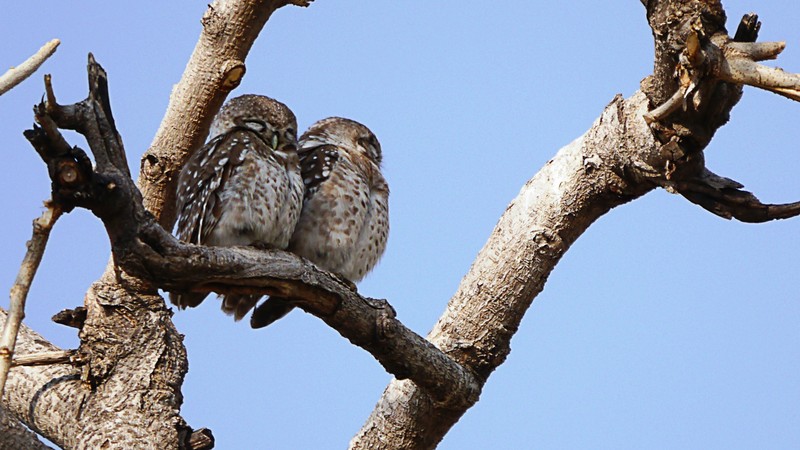 Less than an hour after leaving Roopangarh, we reached the edge of this vast saline wetland surrounded by hills of the Aravali range and occupying an area of some 200 square kilometres (apparently, it fluctuates between 190 and 230 square kilometres depending on the season - it's at its largest during the monsoon of course). The lake, a shimmering, distant, land-locked sea, is divided by a five kilometre stone dam and, when the concentration of salt in the water on its western side reaches the desired level, brownish, algae-rich brine is released into evaporation ponds on the eastern side. There it crystallizes and is extracted for processing. This valuable commodity has been exploited commercially throughout the past thousand years. Not surprisingly, therefore, 'Sambhar' actually translates as 'salt'.

In the late-19th century, the maharajas of Jaipur and Jodhpur, who then jointly owned the lake, leased it to the ruling British. They improved the technology and built a narrow-gauge railway to ease transport of the raw material to processing plants. Upon independence in 1947, everything was returned to the Indian government and little seems to have changed since that very day. 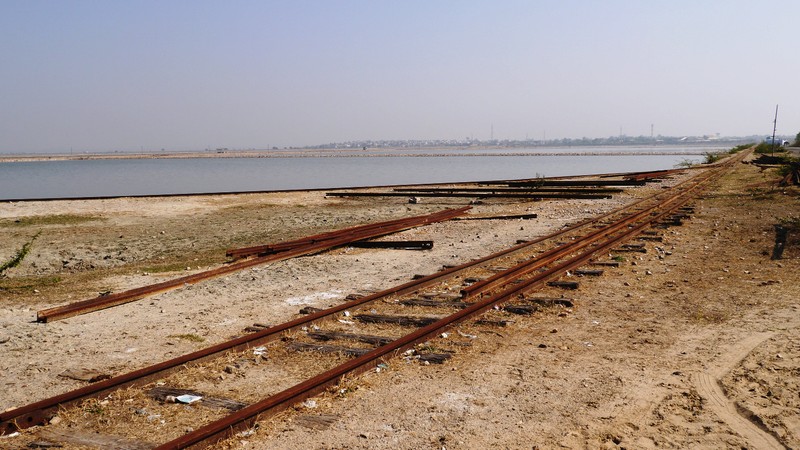 None of us, including our driver, had ever been here before but enquiries lead us to the premises of the state-owned Salt Iodization and Processed Salt Plant near Sambhar town's railway station. Here, a lady manager kindly volunteered to give us a guided tour of what was clearly once a state-of the-art processing plant but whose boilers and conveyors were now rusting away, doubtless soon to be overtaken by private concerns that had invested in modern machinery. Almost everything here, from the washing of the raw, pinkish-brown slabs of salt crystals to the weighing and bagging of the finished, iodized, white product was done by hand. I'm glad we saw it before all this disappears for ever. 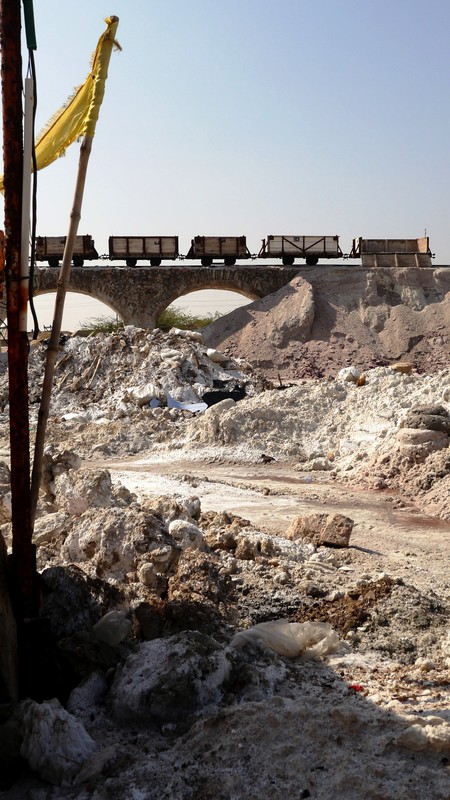 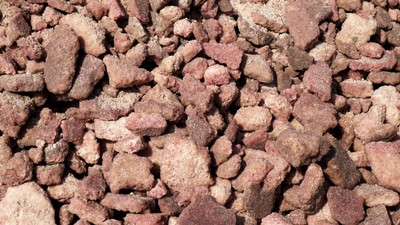 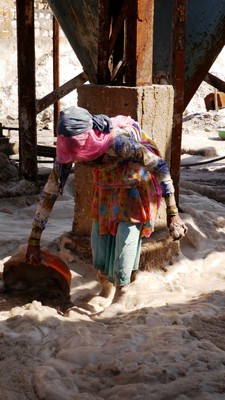 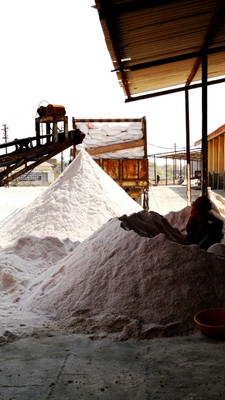 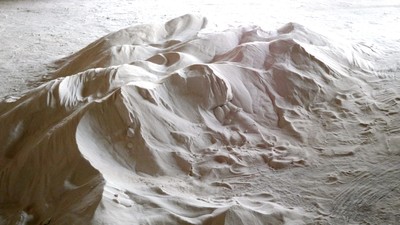 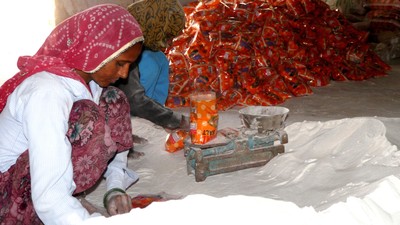 The area around the lake is officially recognised as a wetland of international importance. Algae and bacteria growing in the lake support an ecology that sustains migrating waterfowl and it's become a key wintering area for flamingos and other birds. Although we did see a flock of flamingos in flight, they waded far out in the centre of the vast, shallow lake and we had to content ourselves with closer views of more familiar birds, like Brahminy Starlings, Pied Kingfishers, Pintail ducks, Redshanks, Red-wattled Lapwings and Night Herons. It was, however, good practice for this novice wildlife photographer! 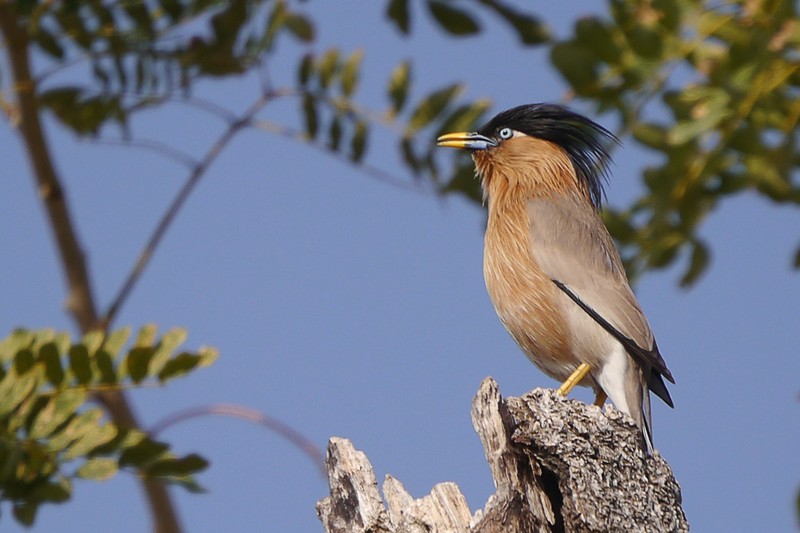 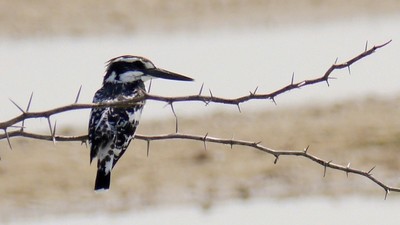 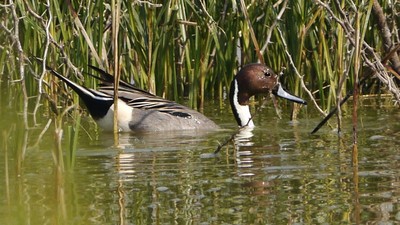 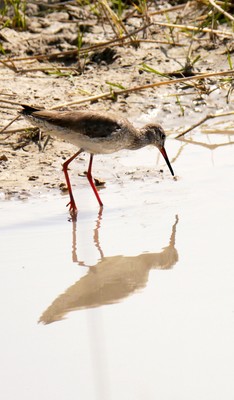 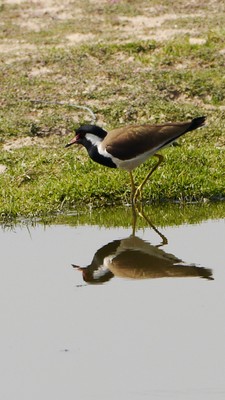 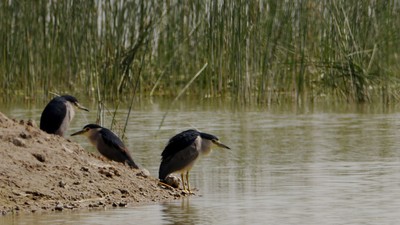 We still had a hundred kilometres to go before reaching our destination for the day, so, joining the Expressway, we continued eastwards to the capital of Rajasthan, the Pink City of Jaipur.